This monumental piece of sculpture was commissioned by The Wildfowl and Wetlands Trust along with Berkeley Homes and was completed in 1999. The bronze is sited at the entrance of the London Wildfowl and Wetlands Site in Barnes and stands at over 7 feet high. Sir David Attenborough unveiled the bronze sculpture in the summer of 2000. The sculpture not only has the figure of the late Sir Peter Scott but also two Bewick’s Swans which are depicted at his feet. He is shown drawing the wildfowl.

Peter Scott was the only son of  Robert Falcon Scott known as  Scott of the Antarctic. Encouraged from an early age to be interested in nature, Peter developed a life long passion for the subject. A prolific painter, he started The World Wildlife Fund (now The Worldwide Fund for Nature) and created the first Wildfowl and Wetlands Centre at Slimbridge. Sir Peter always wanted a Wetland site in London – this site was created 10 years after his death.

The black and white photograph shows just how big the figure was as Nicola worked on it. She used to take the head away with her to work on it separately in her studio. The piece had to be constructed at the bronze art foundry because of its size. 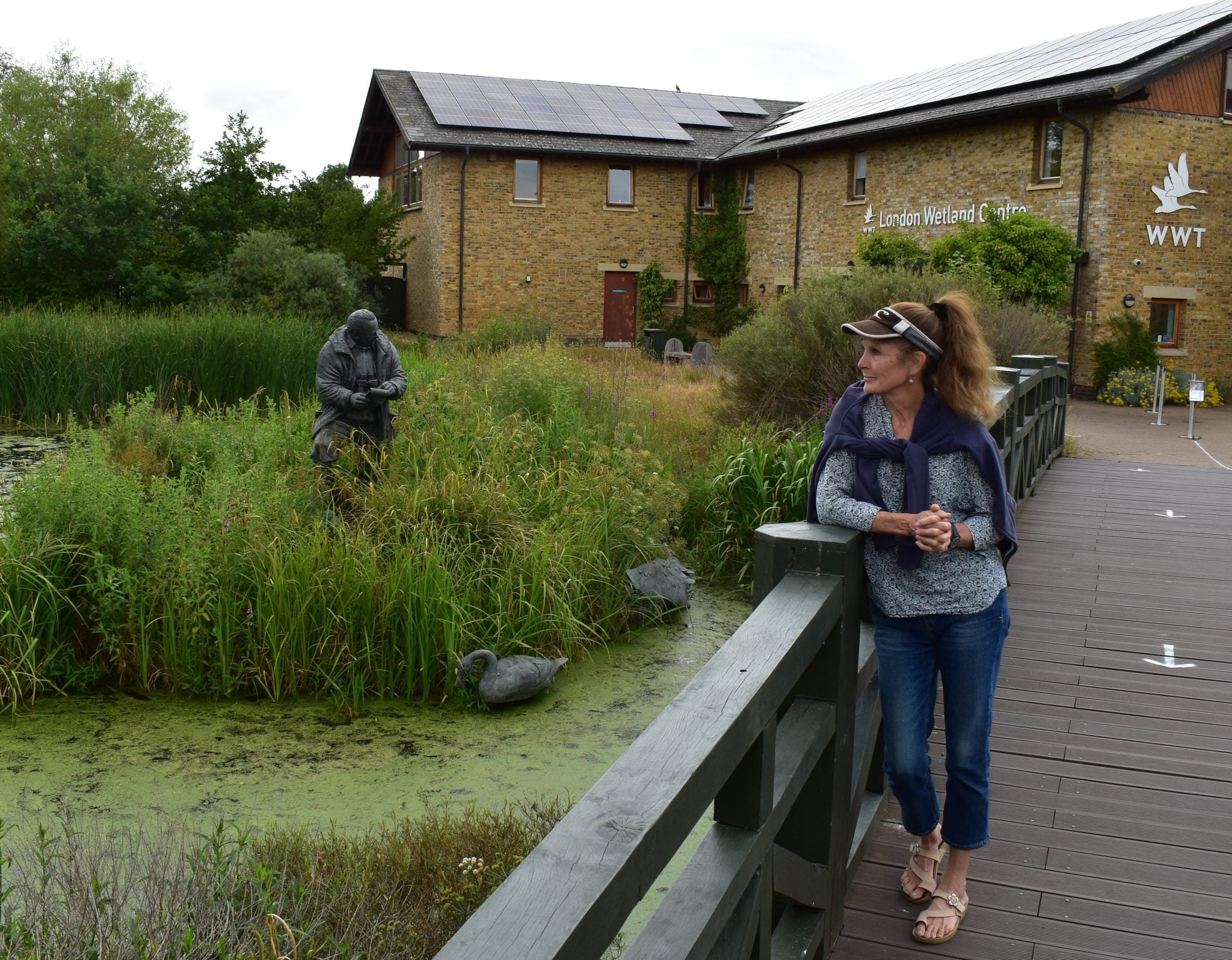 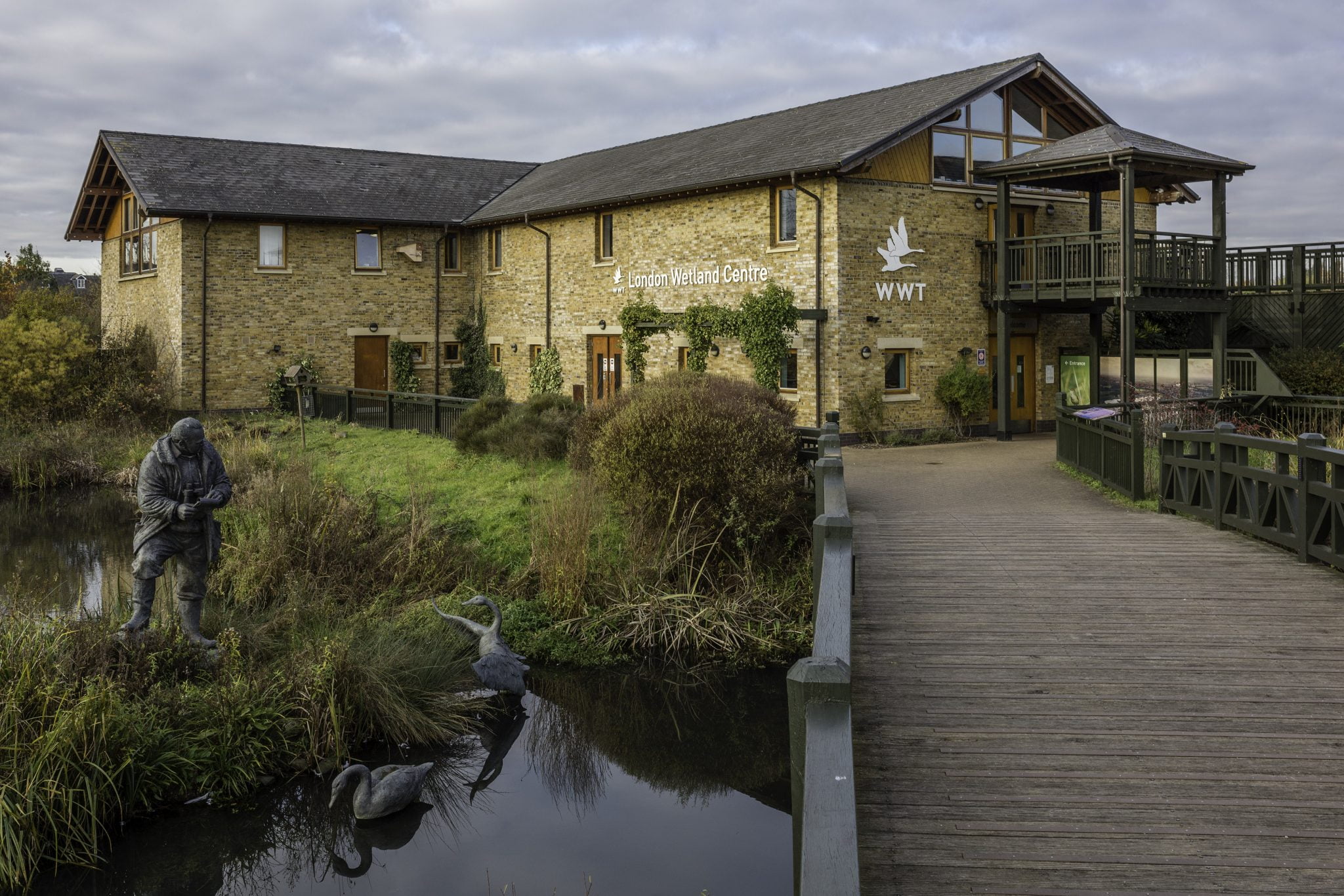 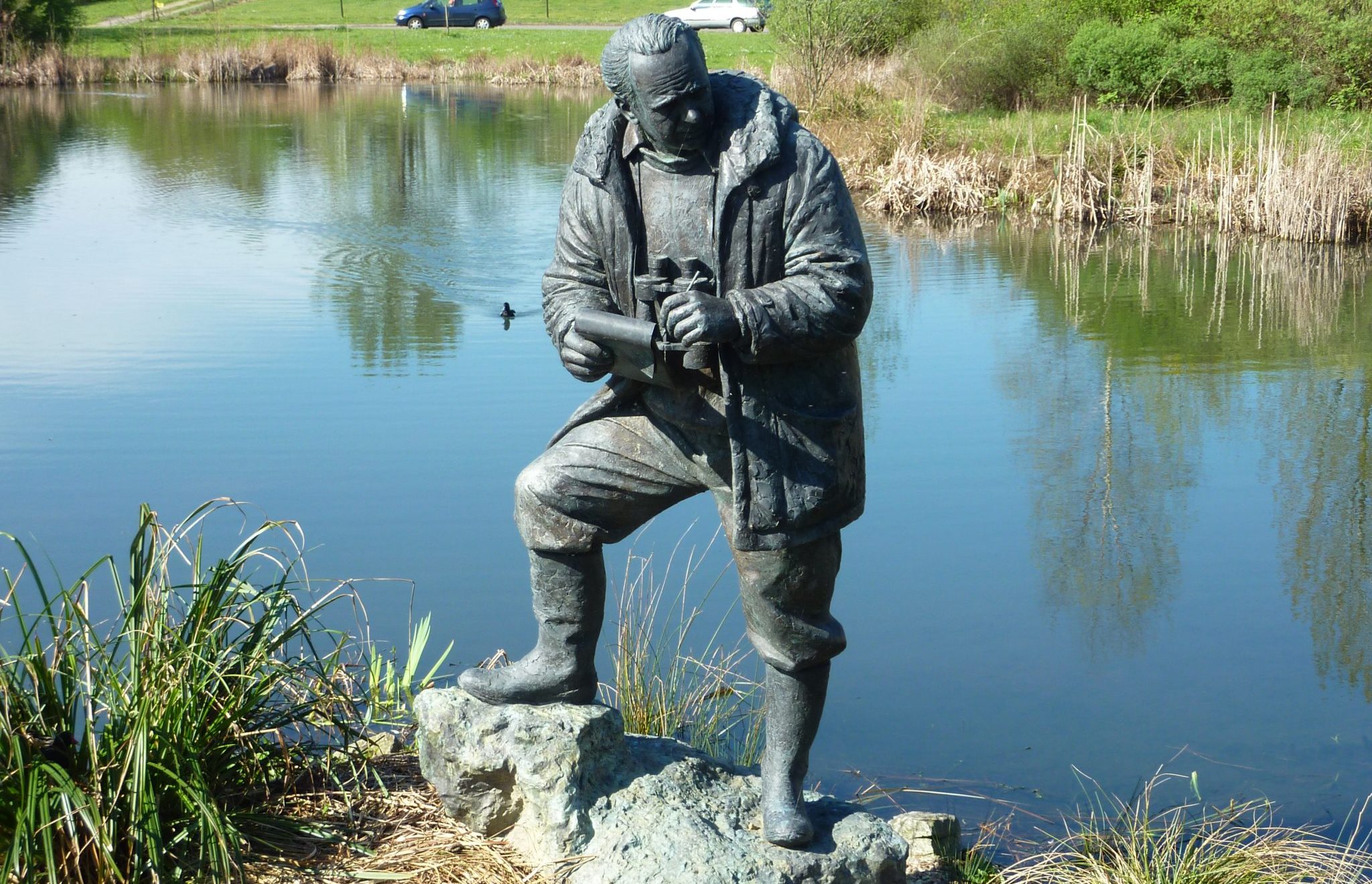 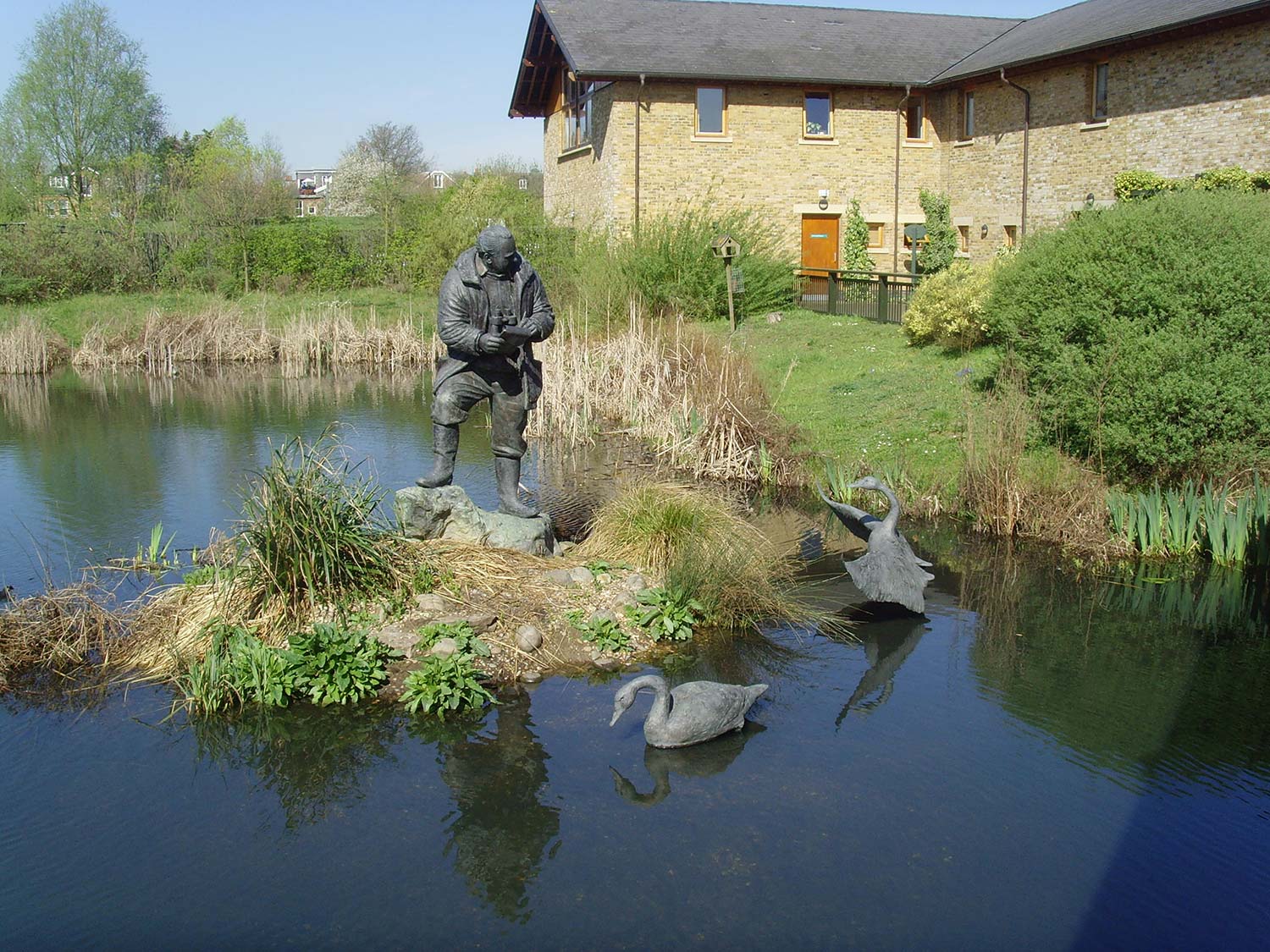 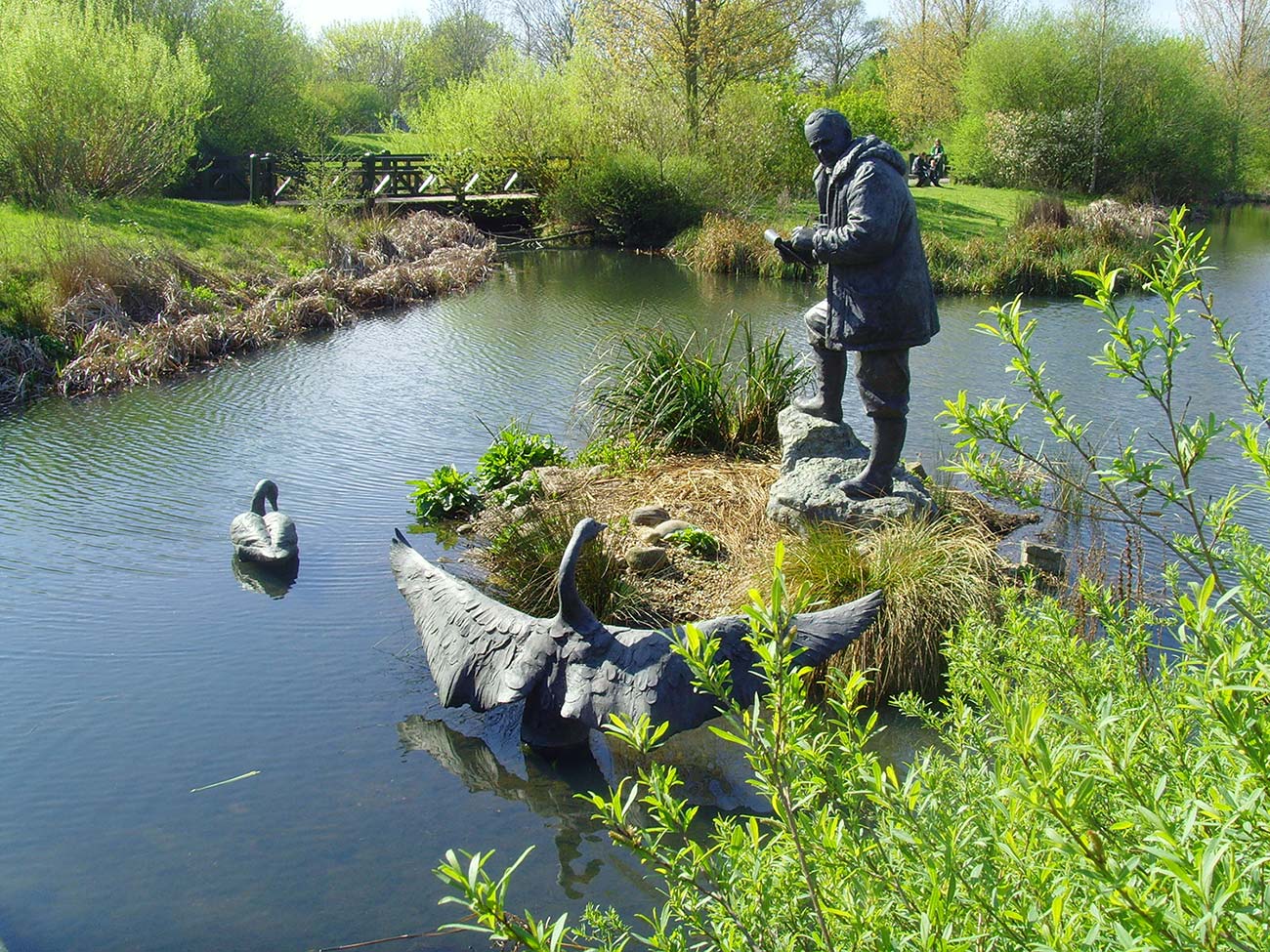