This work can be viewed at
The Sculpture Park
in Surrey.

Nicola was commissioned to make a piece of sculpture for the London Olympics 2012. The figure is of the life sized boy Icarus, son of Daedalus, about to leap off into the sky and freedom.  The original work was made in clay and plaster and took many months to make. It was then cast into bronze and then transported to London and placed in the central competitor’s area in the Olympic Village during both the Olympics and the Paralympics in 2012.

Nicola had been fascinated by the Icarus myth, before this time, and found him an inspiring figure of daring, youthful courage   and optimism. She has gone on to create 9 more Icarus figures and she is not finished yet!

On the plinth below the figure is part of a poem written for the piece by Michael Spilberg, it reads:

My Audacity Was My Joy,

I reached A Glory Higher Than Olympus,

My Fall Was Worth The Flight. 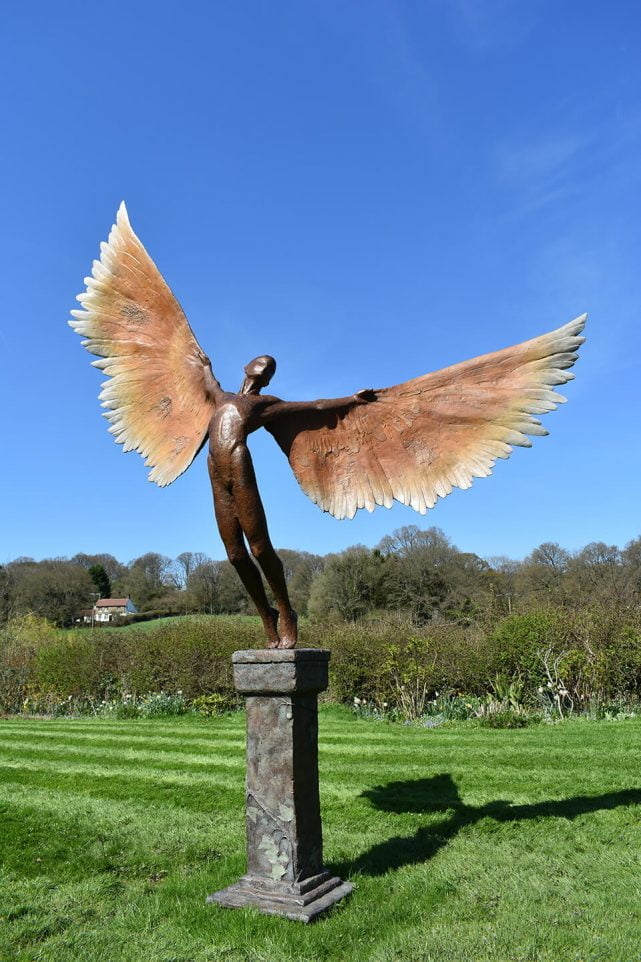 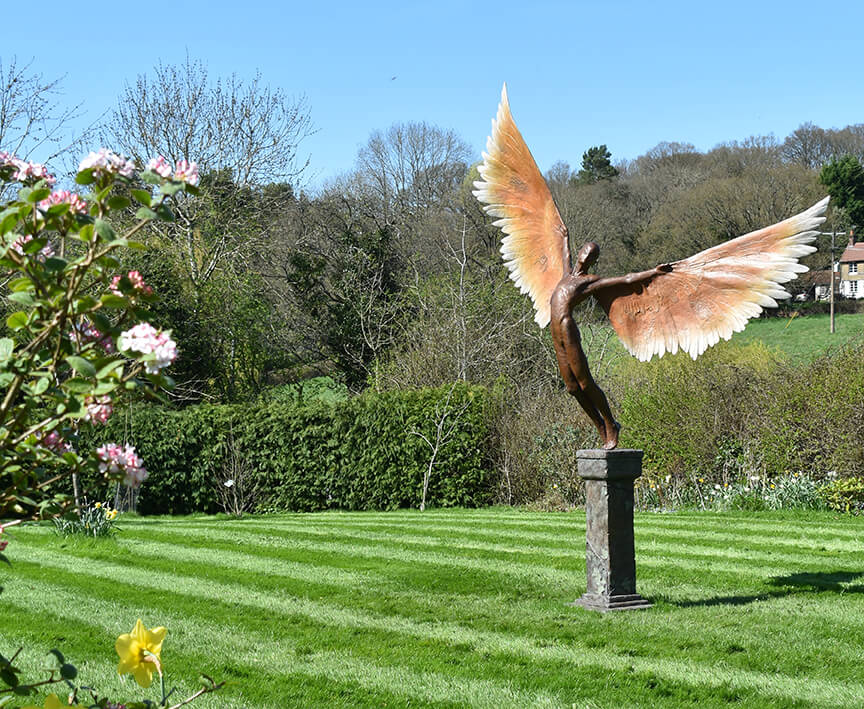 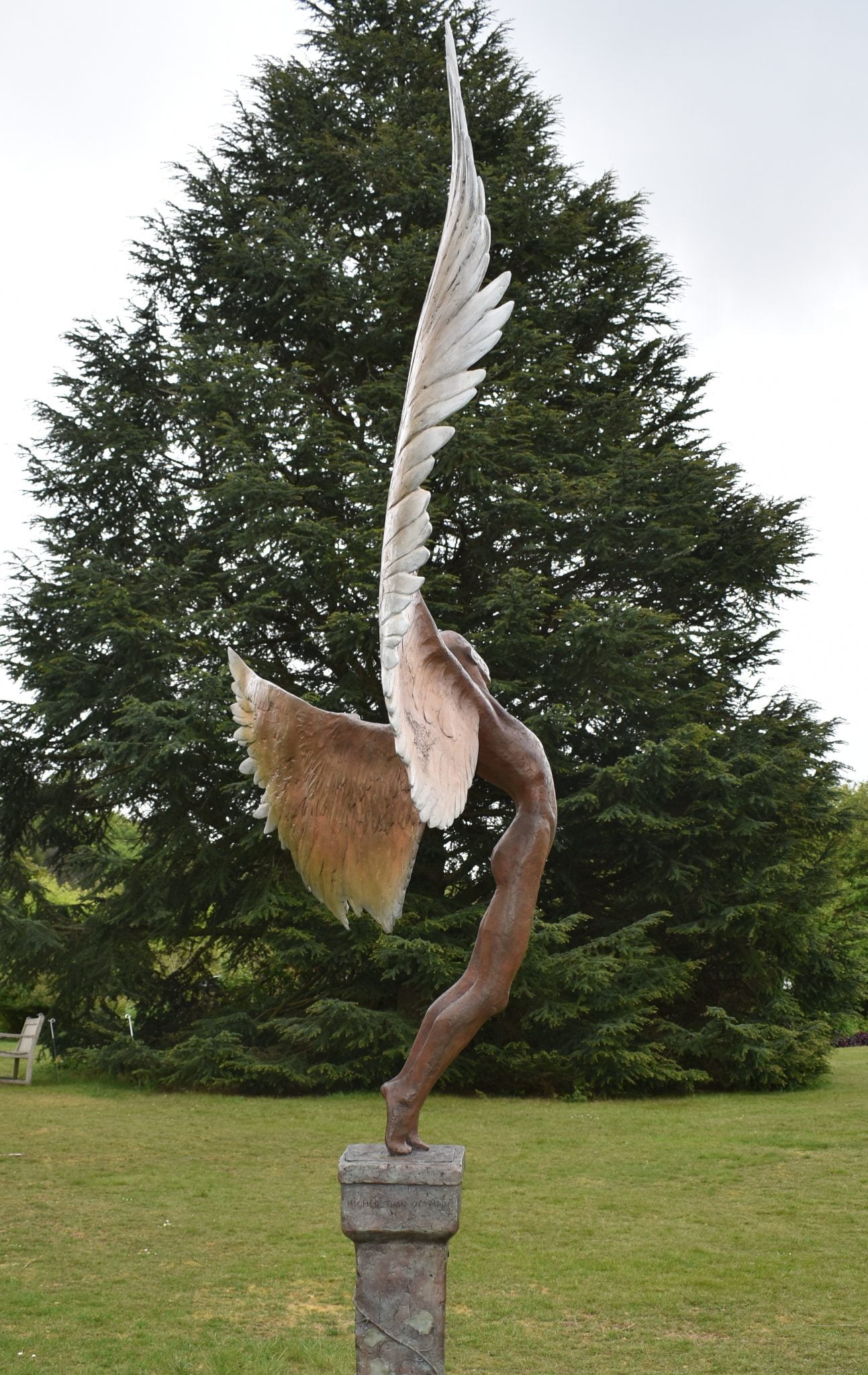 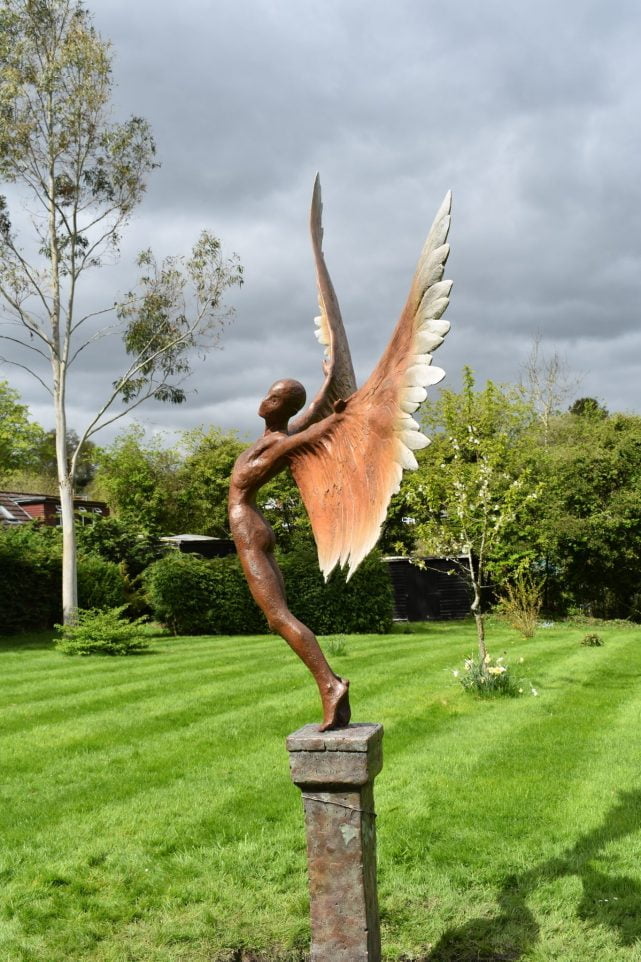 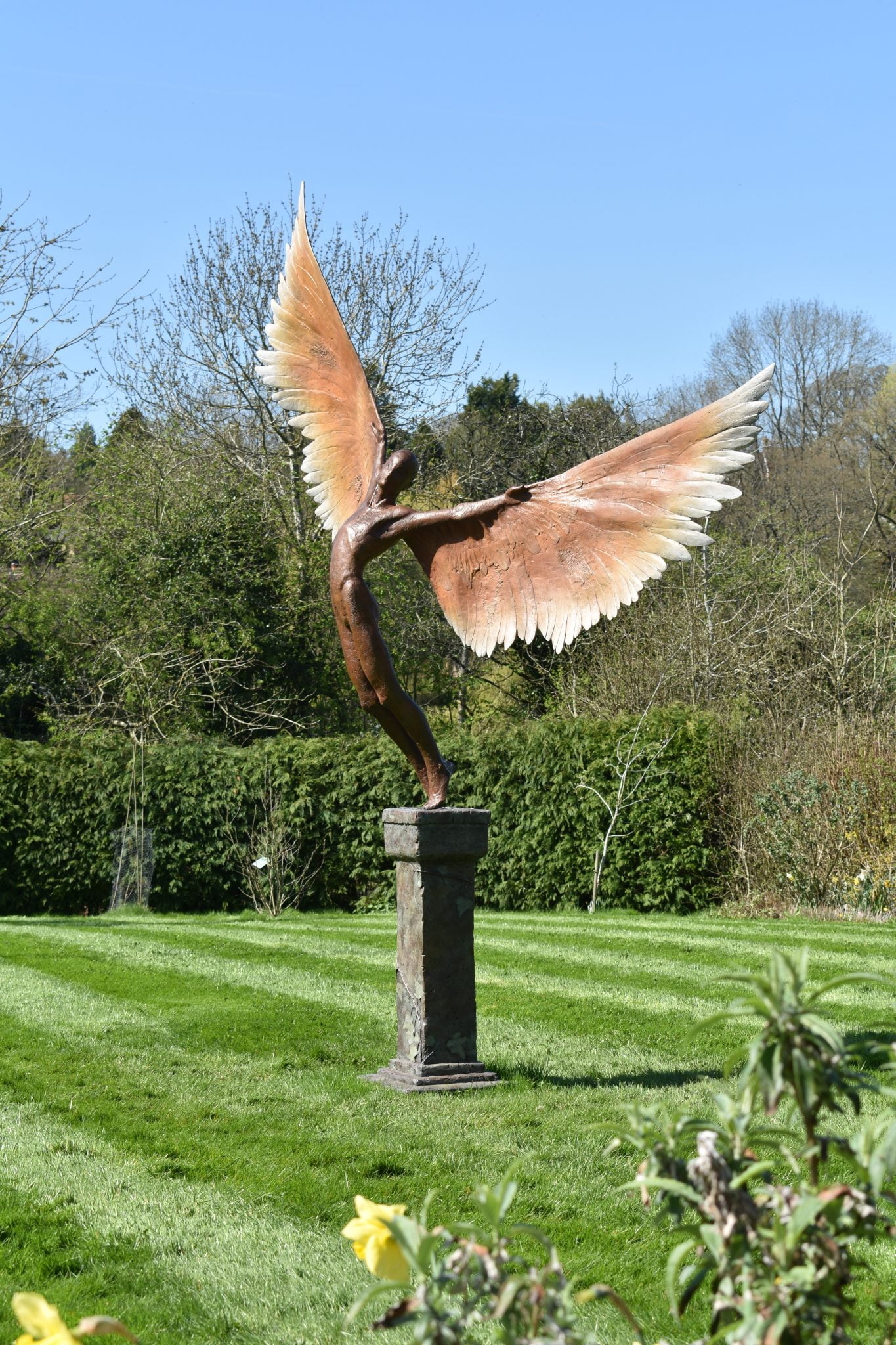 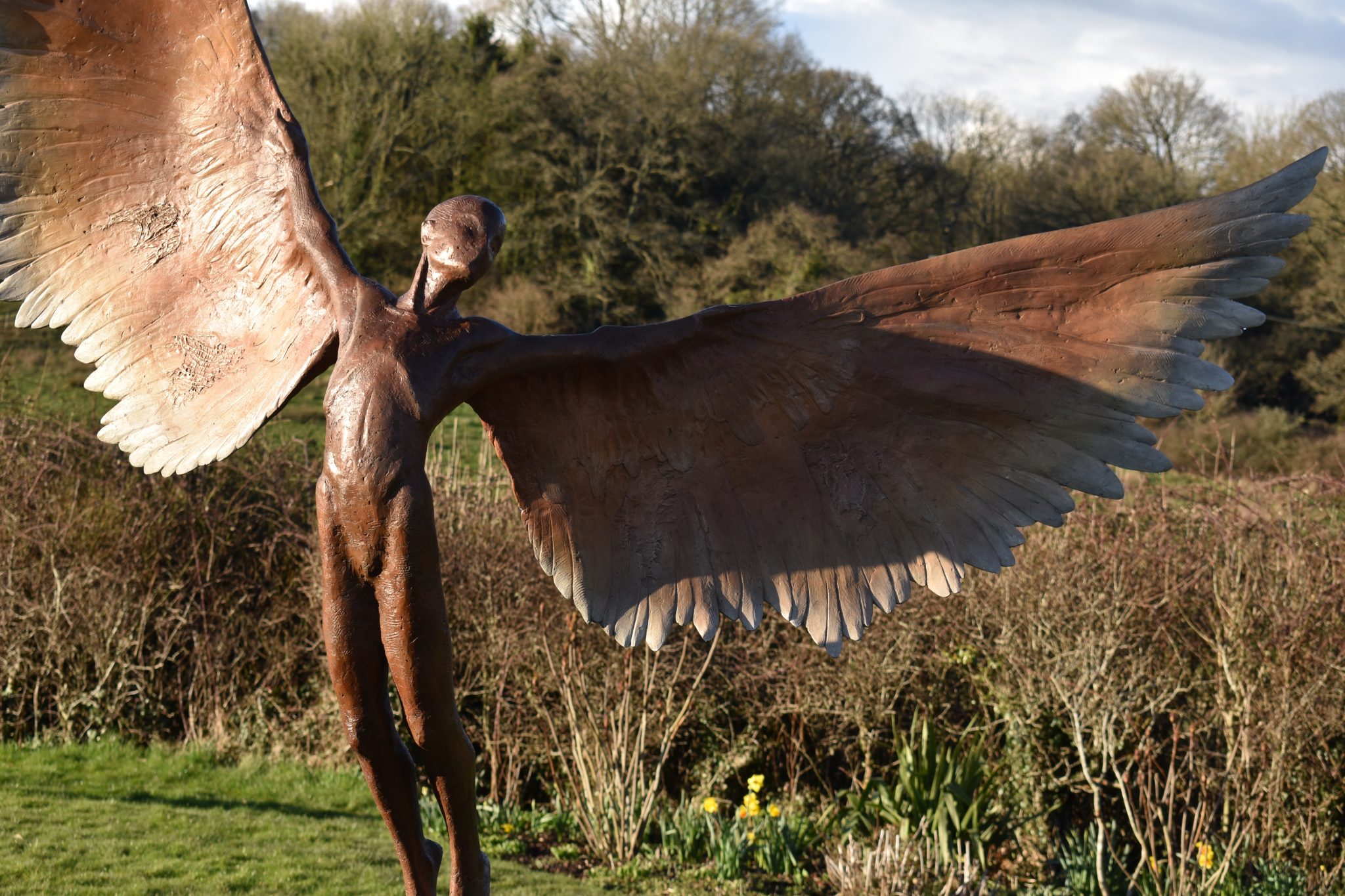 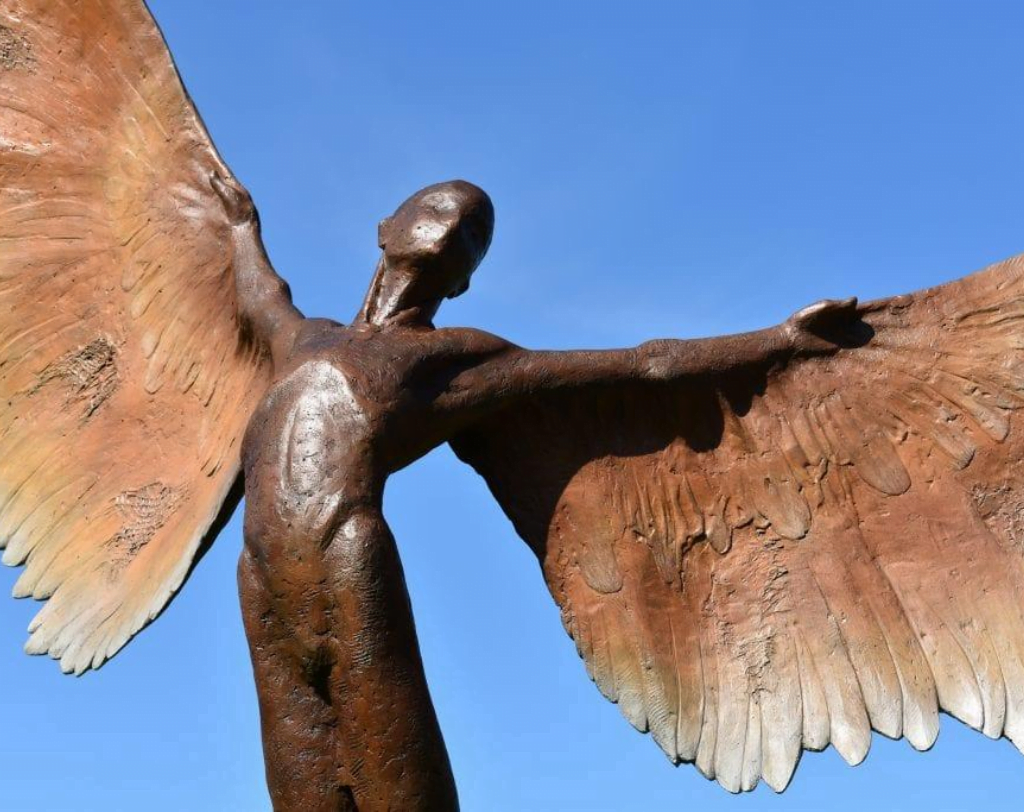 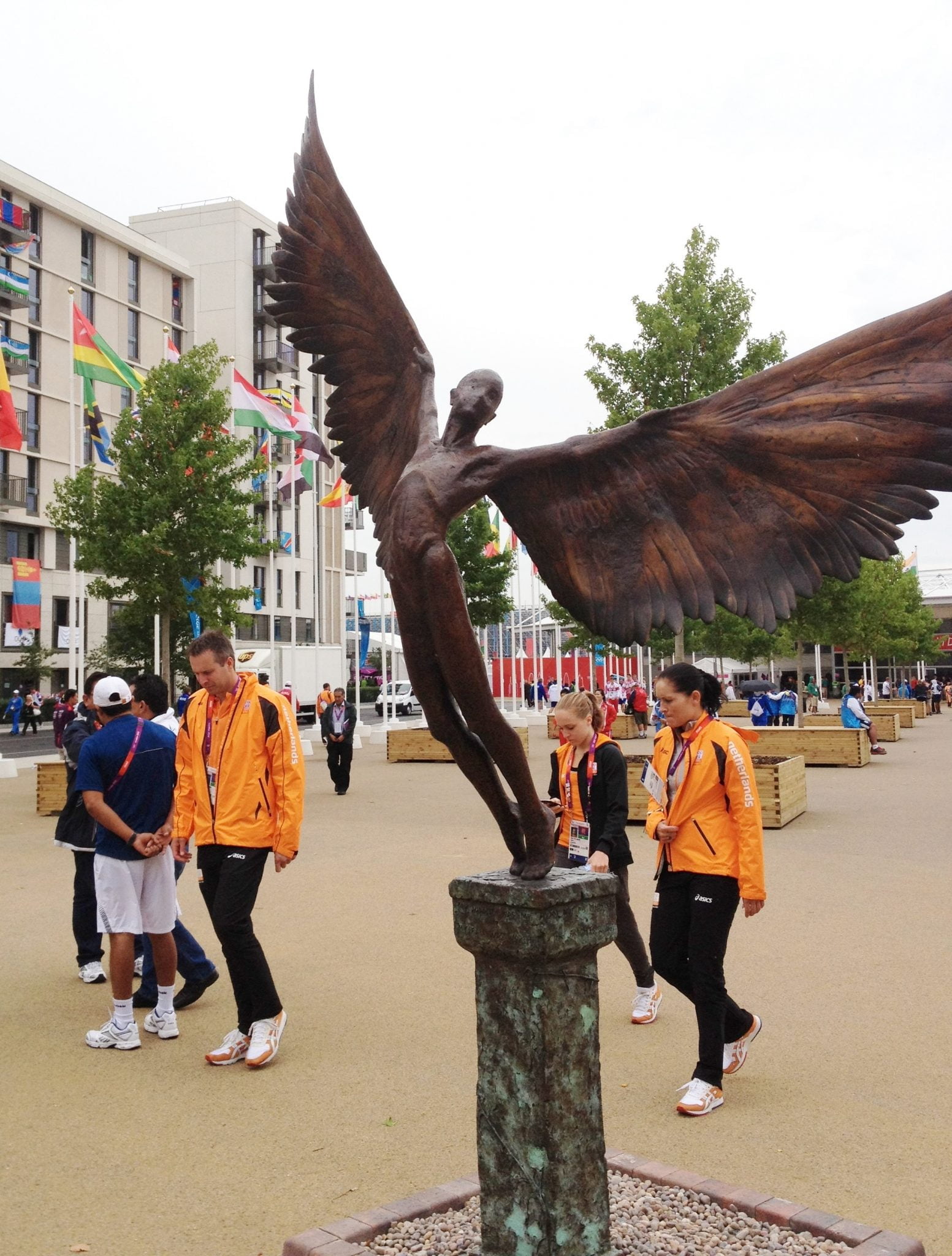 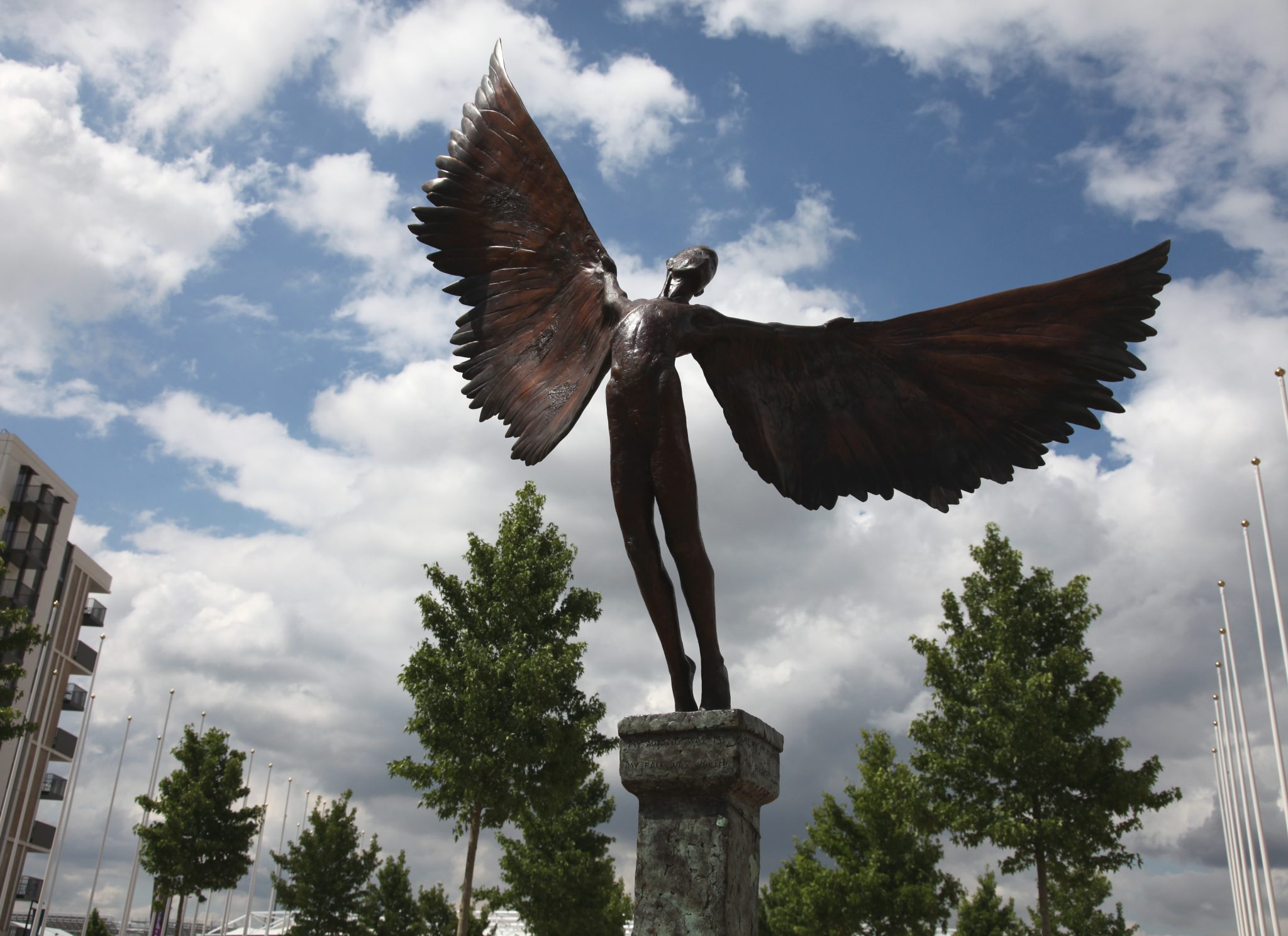 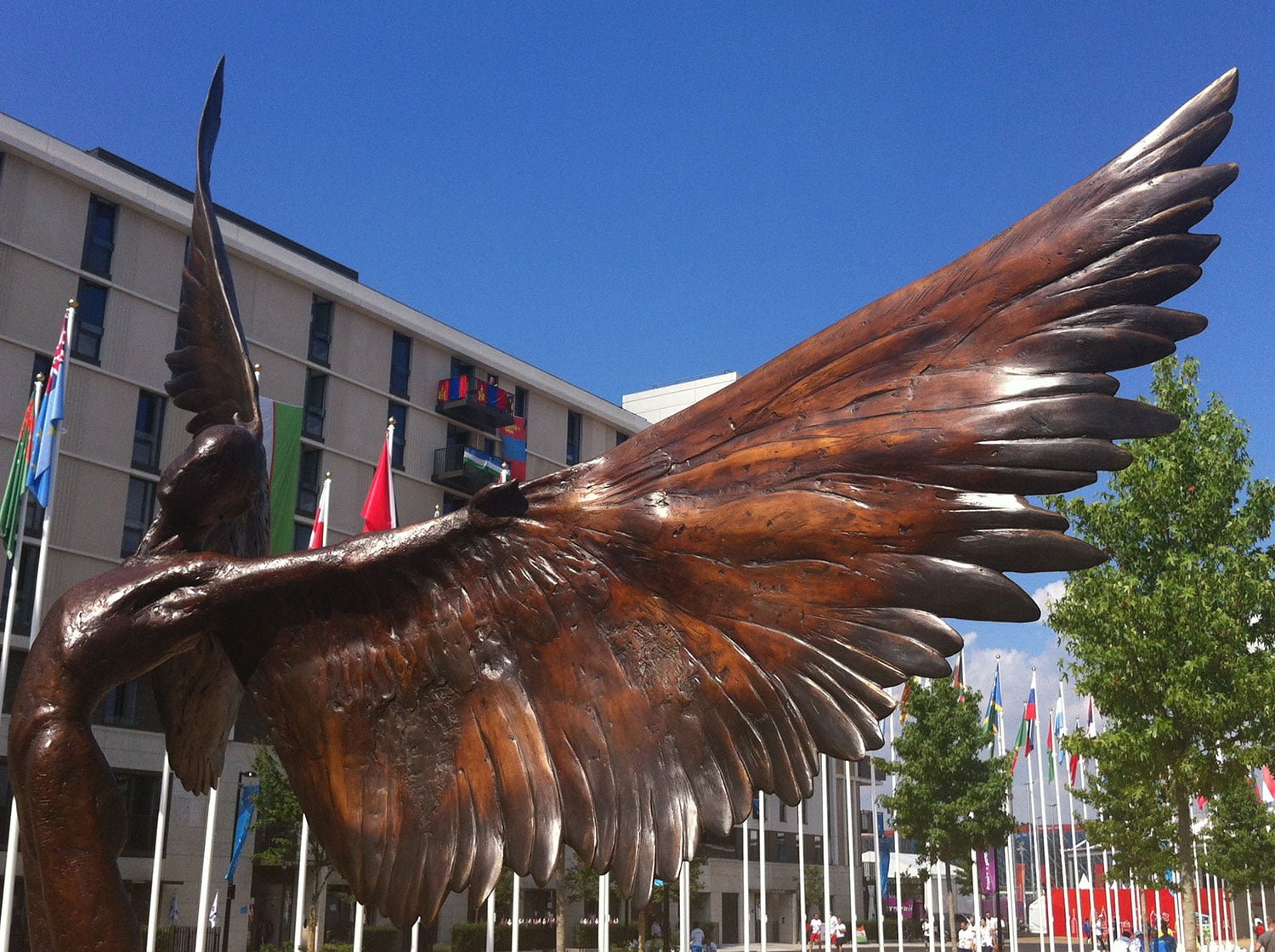